Protest movements and campaigns: What to do right now to keep supporters motivated 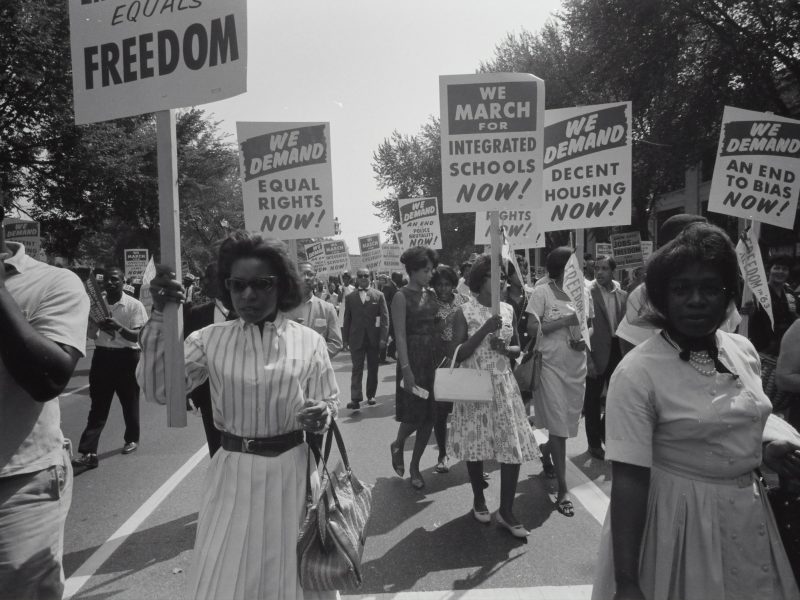 Protest movements and campaigns: What to do right now to keep supporters motivated

Nonprofits excel at knowing what their message is. But they often falter on the long-term goal of keeping people engaged.

The 2020 Black Lives Matter movement has motivated millions to march in cities and towns around the world. All 50 states responded. But within a few weeks, I was shocked to see social media messages firing out that diminished supporters having shown up, criticizing them for not doing enough. Some even went so far as to say that anti-racism must have all along been a central part of supporters’ lives for them to be truly involved in the movement.

Personally, I think publicly criticizing your supporters in the middle of the protest is a kick in the teeth to many well-meaning people. It struck me as unjustified in many cases, and at the very least premature. Going negative against those trying to help isn’t an effective strategy, nor is it likely to keep anyone with a lick of civil disobedience in them (especially Gen Z or Millennials, who respond best to praise and encouragement) obedient or compliant.

Promote unity, but be realistic. You’re leading the movement—it’s your job to tell people what to do and to keep them enthusiastic.

What direction are you giving?

Here are examples of good direction:

This is a sensitive time for all. Read the room.

Many civilians protesting all week right now are suffering from months of being trapped indoors during COVID-19, frustration at the Trump administration’s bizarre response to everything, unemployment and a closed job market, shortage of funds and access to resources—an overwhelming feeling of powerlessness.

They already intend to vote. They may not have the funds to donate or shop. They want to do the right thing. If they didn’t, they wouldn’t be wearing masks while marching.

Physical movement is empowering. Protest movements should capitalize on this physical need and use creative communications strategy to continue to keep volunteers and supporters involved. 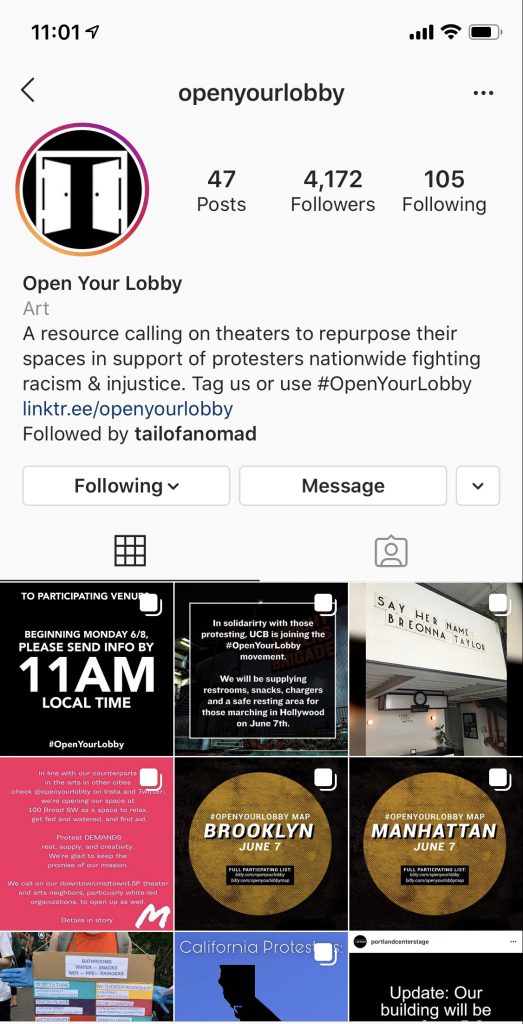 The Open Your Lobby campaign, for instance, is a great opportunity for people to physically contribute to providing safe spaces for protesters to regroup, recharge, and refresh. The movement is essentially the #OpenYourLobby hashtag and a share campaign, and it’s spreading nationwide.

Yes, some people attend protests only to get social media attention.

From celebrities to civilians, it’s rampant. This isn’t new, it’s not race- or gender-focused, and it’s not unique to BLM. But imagine if highly vocal MeToo protest leaders criticized every man who showed up. It’s a waste of energy, if anything.

Turn focus away from shaming social media whores—think about how powerless Trump would be if everyone just ignored his tweets—and instead uplift and highlight those out there killing it. People need leaders. They need models. Show supporters how they should be behaving as ambassadors of your campaign.

Your protest movement might be gaining a lot of media attention right now. But the media will pivot their attention in an instant. No one knows that better than Trump.

During BLM, “COVID-19 in the U.S.” social media posts nearly disappeared unless you follow governors and scientists. The media chose to chase a different ambulance. Then suddenly, a spike in COVID cases appeared in various states, and the media lunged for that, opining uselessly on whether the cause was the protest movements or states’ decisions to reopen too quickly.

If you want to be successful, you have to keep the media engaged. Unfortunately, unless something is burning to the ground in the name of X movement, it’s really hard to attract attention.

If you want to shame a group of people, try starting with the media. Be creative. What can you do to keep the media’s attention that isn’t whiny or destructive? If protest movements could at the same time create media reform and accountability, that would be beautiful.

Hold Zuckerberg’s feet to the fire.

As far as social media, educate yourself on how Twitter, Facebook, and other platforms show your posts so that you can circumvent their filtering rules and biases. Test different times and message types.

And most importantly: Hold people like Zuckerberg and Jack Dorsey responsible for prioritizing their algorithms and data-mining efforts over free communication. But keep in mind, any good or bad deed-doing is very good for their stock.

The spotlight is on social media CEOs right now to contribute responsibly to society. You can be a part of that conversation and help shift their control over the flow of information. If you don’t, social media sites will continue to manipulate how information is distributed and psychologically impact users.

Plenty of politicians use protest movements to advance their political agendas. Watch that space. They need to be reminded regularly of what they can do to put their power and access to use.

Anyone can use a protest movement to their advantage—political parties, corporations, media, etc. Longevity is less a problem of individuals losing focus than it is institutions pivoting efforts and outreach for maximum exposure for their own purposes.

Then tell your supporters what to do to keep them involved. If it feels local to them, they are more likely to take action.

You’re not alone in this. There are hundreds of related campaigns that you can work with to motivate and inform supporters. You can educate supporters on human rights, not just the human rights relevant to your immediate cause.

Under the Afghan Lives Matter banner, tens of thousands protested the mistreatment of Afghan refugees in Iran, a longstanding battle for human rights. Fourteen Afghans were burned alive after Iranian police opened fire on their car; after years of brutality, this has sparked a petition and worldwide protests, calling on officials, the UN, and Human Rights Watch to hold Iran accountable.

Where once Americans cried out, “War crimes!” a decade later, they post, “Pho and puppies!” And they act surprised that Trump gets away with what he does. As Trump moves to use the Insurrection Act to send U.S. troops into battle with civilian protestors, many Americans behave as though the U.S. government hasn’t used these maneuvers and dominance displays all over the world for decades. The difference is that now our leaders’ dictatorial, executive ordered actions are happening here. We had a chance in the past to NOT behave as though we were insulated from the pain other countries were suffering, and to work to stop Congress and presidents from abusing their power, but we lost interest.

Nothing is isolated; human rights are human rights globally. We must think beyond our own borders, beyond any one movement, to create a network of movements. When people around the world show empathy and unite with us in protest—even when our own government has treated them poorly—it’s a call to build solidarity to effect global change. Unite with like-minded others around the globe to build a consistent daily narrative so that “moving on” isn’t an option—for anyone, at any time.

Take the Amnesty International video of these gentlemen in Syria.

Sending a message of solidarity to all human rights causes from Syria. pic.twitter.com/n6ajn1XC8m

You need a brand communications guide. Really. It’s not just an exercise. If you want to maintain consistency and keep momentum going—while knowing that there will be inevitable drop-off as the media focus shifts—you have to organize your ongoing messaging. At some point, if you’re going to create change, you have to transform from shouting with a crowd into a calm, focused leader and educator.

You can organize these things in Google Drive, Dropbox, whatever makes sense for your organization.

You need to have written into a collaborative internal document:

For the campaigns themselves, particularly if you use volunteers to help develop graphics and organize events, here are some basics.

Make a complete list of all hashtags, together with a brief written explanation of the context for each hashtag. How will each be presented and what verbiage will it use? What are the SMART goals? What are some good examples of how each should be used?

A quick tip on hashtags: By using capital letters for new words in a hashtag, you make the hashtag accessible for the blind—for instance, #BlackLivesMatter versus #blacklivesmatter

This is not an exhaustive list, by any means. But it is my hope that it will help guide those out there leading the charge for change to maintain momentum in the midst of campaigns and protest movements. We cannot afford as a society to let these things die at the hands of misinformation, disorganization, or negativity.