Extortion, Trolls, Poaching: The vengeful, desperate side of the gig economy 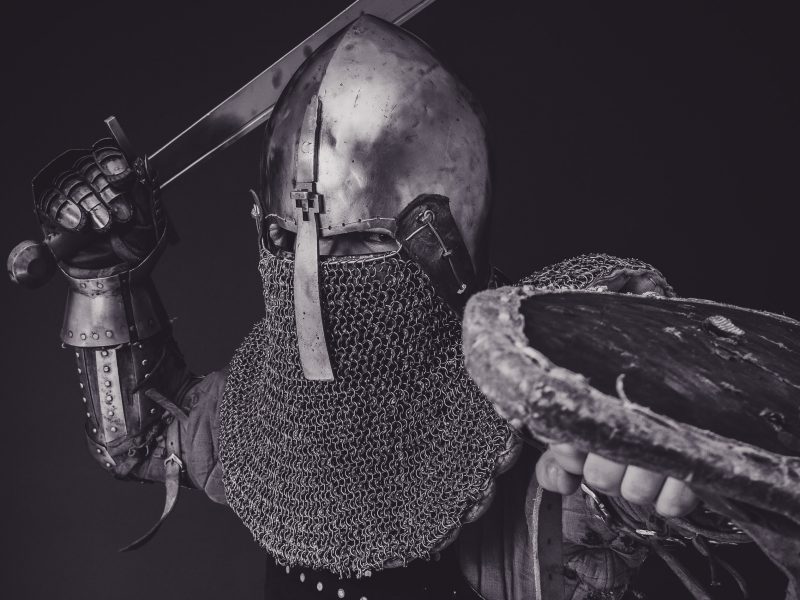 Extortion, Trolls, Poaching: The vengeful, desperate side of the gig economy

I’m itching to say a name to you. The name of a woman who taught me that I still hadn’t encountered every kind of horrible human being.

Instead I will tell you an entrepreneurial fairy tale with all the tragic elements: a troll, vengeance, extortion, thievery, and an epic battle between good and evil.

As owner of 816 New York, I build teams for clients based on two factors: (1) work experience and (2) market sector experience. I’ve been very fortunate since founding this business to have been able to engage and collaborate with freelance professionals across the country from varying disciplines, all happily living the gig life.

A month or so ago, we were brought on by an existing small business client to build a proposal for a product launch in a niche market. They needed broad outreach and visibility. Due to the specialized nature of the project, I wanted to source for the client an experienced PR professional, while being mindful of budget.

I posted a gig with a public hourly rate range for a freelance media assistant position—”assistant” to make it clear that the budget was smaller and that they wouldn’t be directing any part of the project without oversight—and I was delighted to see a few standouts. 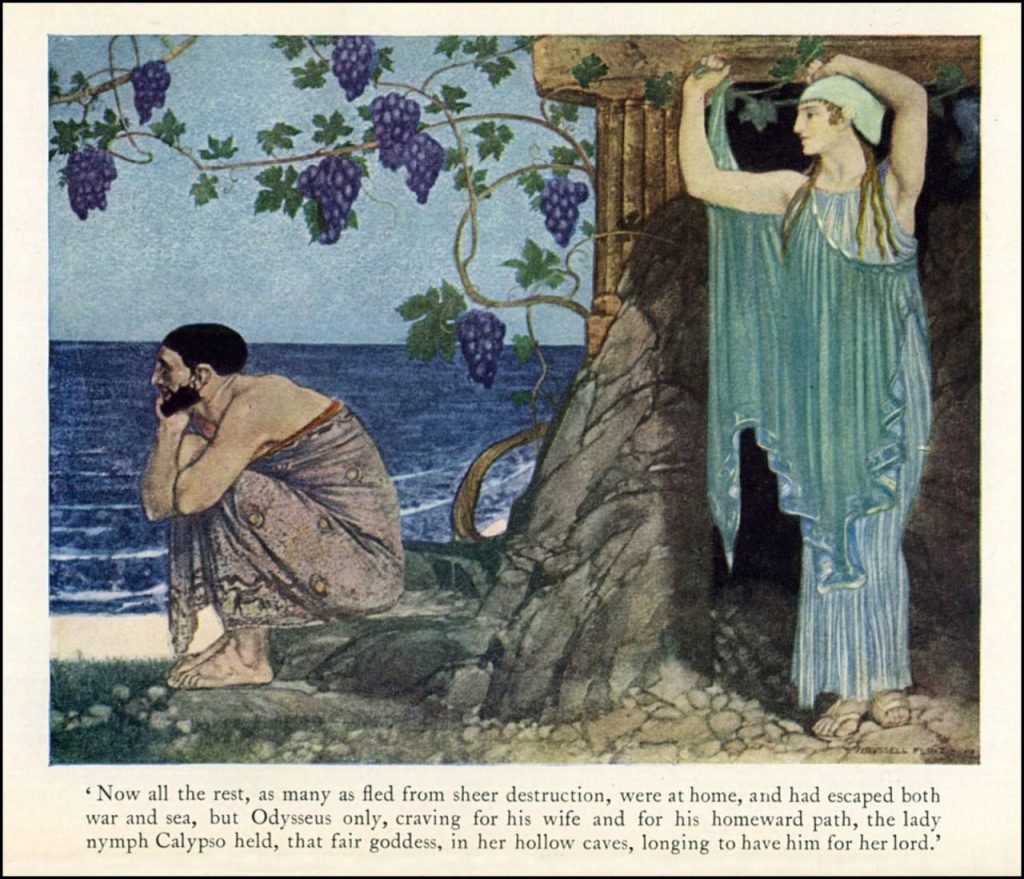 According to Homer, Calypso kept Odysseus prisoner at Ogygia for seven years. Not surprisingly, Odysseus soon wished for circumstances to change.

She was the type of mature—on paper—that I thought would suit the client. A little over-qualified for a freelance assistantship, but hey, that’s not my problem. Plenty of people apply for everything they see. Some are earnest. Or, as in this case, some are desperate to the point of criminal.

I requested half an hour of her time and, as often happens when things get rolling with two professionals in similar fields, it ended up extending to nearly two hours. At the end of the call, I was pretty sure that I was going to bring her on. She ticked all the boxes; we had a decent rapport; and her rates were about what I expected for her level of experience. I agreed to pay her $250 for collaborating on our proposal, with no guarantee beyond that unless the client agreed to the terms.

She asked me if I had a subcontractor agreement; I said yes. She said she’d send me hers, of which she was very proud because it included a nondisclosure / noncompete agreement. As if that’s unusual—and as if I’d never heard of such a thing.

“That way you know I’m not going to steal your client.”

Yeah, she said that.

I’ve seen a few shoddy contracts in my time, but this was a page and a half of vague nonsense. It was the end of the day, so I left it for the morning.

While Calypso and I had been on the phone, I had received an email from the client hoping we could speed along the proposal submission. I reached out to Calypso simply to fill her in about their enthusiasm. She responded curtly that she could deliver the next day—for more money. I did not reply.

“I under-promise and over-deliver.”

Yeah, she said that.

All I could do was hope she over-delivered ahead of several days away, the timeframe she initially had stated she needed.

But something really didn’t feel right.

That night, as I lay in bed, I replayed our chat. She was experienced, confident, yes. But also had asked probing questions about the client and our relationship, about the people involved… Plus, she had told me a little story about an agency she had worked with down south who had to cancel her services because their client couldn’t afford them anymore. Rather than taking it in stride—as a 50-something professional would because that is how things go in this business when you function as a subcontractor—she was hostile and accusatory.

I had two things to protect: Our business and the client. I can’t afford to have my reputation tarnished for putting together a bad fit. So she had to go.

It hadn’t even been 24 hours. She hadn’t sent any work. I hadn’t signed her contract. I wasted no time in the morning, shot off an email with a kind note about going in another direction, and felt confident that I’d done right by the situation. I made a couple appointments with other candidates and moved on.

Her response was shot out of a cannon—both accusatory and overreactive.

I replied calmly, with mild surprise and reassurance (it’s not you, it’s me), and said there might be opportunity for us to work together at a later time. I actually would’ve considered it, at that time.

Her retort was lengthy with an added twist: extortion and vengeance. She wanted $X for her time past 30 minutes. She wanted $X for her (awful) contract, which she had sent immediately after our call, but was now claiming a “real attorney” (her words) had prepared for this gig, and accused me of trying to steal. She attacked my business ethic and my ability to handle the client. She wanted blood.

I got fucking scared. Truly. Was she was going to call the client or behave in some other irrational, retaliatory way? At the same time, I knew that anyone who goes full Trump over $250 has… issues.

I had encountered my first non-political, non-dick-pic-related internet troll.

A brief pause to share some wisdom with my entrepreneurial brethren out there: If you don’t want to lose your shit when some person overreacts, look to Stoicism.

And at its core are three simple lessons.

How unpredictable the world is and how brief life is.
How to be steadfast, strong, and in control of yourself.
That dissatisfaction comes from impulsive reflexes rather than logic.

I called my attorney. He guffawed, called her unstable and her claims—demanding payment for an exploratory conversation—unfounded. (Of course, I had to pay for that reassurance.)

Here’s where she screwed up: she thought I was naive. I praise the entrepreneurial gods for giving me the wisdom and strength of two decades of handling this stuff, and for knowing that this was an outlier, a troll, a desperate woman who had descended into the land of cyber bullies and borderline criminals.

I drafted maybe the most well-structured email I’ve ever written. I stated the truth clearly, calling her out in a professional manner and declining to agree with any of her claims. And more: I said, with emphasis, that I would never even think about doing business that way.

But I promptly paid her—$250—not all she was asking for, just that.

In nearly 20 years of managing clients and subcontractors, never has a relationship gone this way, certainly not between seasoned consulting professionals. This whole thing is unsettling.

For the sake of ending this conversation, I will pay you $250 via PayPal as a professional good-faith gesture—not because I agree now (nor ever had before) with the terms under which you state you’re owed $250 for consultation time.

It wasn’t my intention to mislead you, but I need to move on now. Upon sending that $250, I’ll consider this matter resolved. A screenshot is attached verifying the transaction, with the transaction number.

That’s how I did it, in case you need a Troll Template.

She responded immediately—why wouldn’t she? she had nothing better to do—thanking me for my professionalism. I banged my head on the desk and went back to work.

Are you pissed off at me?

If it weren’t for people like you, Sarah, these trolls wouldn’t get away with it!

But I disagree. This likely wasn’t the first time she’d targeted a small agency, nor will it be the last. In fact, I’ll bet that’s how she’s surviving right now—and I pity her. It was worth $250 to me for her to go away.

So why am I writing this now, a month later? I had let it go. But…

I was doing some maintenance on my client’s website this morning, and what did I see…? Calypso had emailed them. She tried to poach my client within minutes of receiving my email re: going in another direction.

Exhausted yet? Me too.

It was framed as a sales pitch and ignored as such. But I emailed the client a simple note anyway, giving them the bare minimum of information about this woman and warning them to steer clear. And then I called the job posting site I use and officially reported her. They requested a copy of our email correspondence, which I promptly sent. And that’s really all I could do.

A warning to all my fellow entrepreneurs: Follow your gut when something just doesn’t feel right.

And a piece of advice to freelancers: If you can’t handle the competition and the spirit of the gig economy, it’s probably not a good fit for you. That’s NOT an excuse to be a dick.

My word. What a post! Thank you so so much for sharing this.

It was quite an ordeal! But I did hear back this morning from the job posting service that they had addressed the issue regarding this particular applicant on their end. No specifics, but it felt good to know that my concerns weren’t dropped into a black hole. There aren’t a lot of protections for business owners; really, most protections are to safeguard job seekers from getting scammed.